SRJ would like to welcome  Coach Lisa Davis back to the SRJ family! Lisa was raised in Genesee, ID and is a graduate of Genesee HS (’06) where she was a 4 year starter and voted Palouse all Area Player of the year twice. She lead her High School team to three 1A 2nd place state finishes, and one 3rd place finish in her career. Lisa went on to play at Lewis-Clark State College racking up 3 Frontier Conference Titles and three NAIA national tournament appearances (’07, ’08, ’09). Lisa coached at Genesee High School as the Junior Varsity Coach from 2010-2020 (11 seasons). During this time she was the assistant to the Varsity Head Coach, and never missed a 1A state tournament, claiming 1 championship (’13), and 6 state runner up finishes. Lisa has coached several seasons of u12-u14 club volleyball for both Snake River and Varnish Volleyball Clubs. Lisa is currently Lewiston High School Head Volleyball Coach. SRJ is extremely excited to welcome Coach George Laughlin back to the coaching staff this season! George was the Assistant Coach at LCSC from 2018-2020 where his overall collegiate record was 44-27 (.620). He also coached the SRJ 16 Select team for 3 seasons and they qualified for Power League each season! Lastly, George coached the Gold Medal Squared Clinic in 2018. We are very lucky to have someone of George's calibur coaching our athletes!

SRJ is excited to welcome Hannah Winter to the club! Hannah has been playing volleyball for almost ten years and grew a passion for the game immediately. She played for Snake River Juniors for 3 seasons and loved the opportunity to improve her skills and knowledge of the game every year. Hannah has helped coach Clarkston High School's JV/Varsity teams, a variety of youth camps, as well as SRJ's 2022 Grass League. Hannah is currently a senior at LCSC studying Mathematics and Secondary Education. She plans to teach high school math, chemistry, and physics somewhere in the Pacific NW and hopes to continue coaching volleyball and tennis in the schools as well. She is looking forward to coaching this upcoming season! 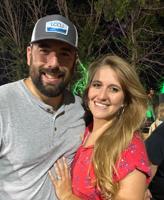 SRJ would like to welcome back for a 2nd season, Coach Shelby! Shelby has played volleyball since she was very young. She has worked hard over the years to improve her skills and her passion for volleyball has never stopped. She competed as a collegiate volleyball player for 4 years in Chicago, earning several tournament awards and becoming the team captain her last 2 years. After her collegiate career, she became an assistant coach for her college team. Shelby is currently enjoying life working as a counselor, spending time with family and friends, helping her husband take care of their cows and she is very excited to begin coaching this club season! 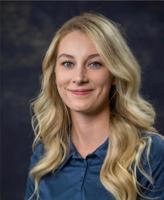 SRJ is really excited to welcome into our volleyball family, Coach Carlee Rhodes! Carlee was a 3 yr Varsity letterer for Kennewick High School where her team made 2 State Championship appearances. She was a 2 year Team Captain and a Mid-Columbia Conference Honorable mention. Carlee coached 2 seasons of U12 for Kennewick Parks & Rec. She also played golf at LCSC and was a 3 time Conference Champion in the Frontier League! We can't wait to see how Carlee's competitive drive will shape our athletes! 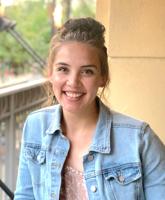 SRJ is excited to welcome back Justine Culp to our coaching staff! She was a 3yr Varsity Letterer in High school.  She played collegiately for Feather River Junior College in California and competed in the Final Four tournament. She finished her collegiate volleyball career at Lewis-Clark State College as a middle hitter. She coached Snake River Juniors 14's and 16's before taking the LHS Junior Varsity coaching position in 2018. Justine then moved to Boise with her husband who was pursuing his career as a physical therapist and they've recently moved back to the LC Valley. She looks forward to developing and pouring into young athletes this club season! 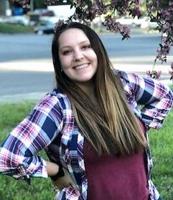 SRJ welcomes Coach Kacey Halbert! Kacey is from Pomeroy, Washington where she was a 4 yr Varsity starter, a state volleyball champion, held All-League honors, and received numerous defensive and sportsmanship awards. She competed in club and high school volleyball primarily as a libero, but has experience as an outside and middle hitter as well.  She competed at the collegiate level in both Softball and Volleyball for Walla Walla Community College. She was selected several times as the defensive player of the week and earned her way onto the NWAC Volleyball All-Star Team! She decided to place all her focus on her education while attended WSU, but couldn't stay away from competition, so she became a practice player with the WSU Club team. She recently graduated from WSU with a degree in Wildlife Ecology. Kacey has experience in running and coaching volleyball skills camps and in her spare time enjoys volunteering for the Pomeroy high school volleyball team. She is looking forward to helping the young athletes at SRJ to learn this game better and become competitors!

Snake River Volleyball is proud to announce the return of Coach Megan Gibson! Megan was a 4 yr Varsity Letterer in High School as well as Evergreen All League for those 4 years and Evergreen League MVP for 1 year! She played 7 years for Grays Harbor Volleyball Club. She was talented enough to continue her volleyball career as a  Setter for Grays Harbor Community College! This upcoming season will be Megan's 2nd Season coaching SRJ and we couldn't be more excited!

SRJ is extremely excited to welcome Cassidy Nelson to the Coaching Staff! Cassidy comes to us from  South Jordan, Utah. She began her collegiate volleyball journey at Laramie County Community College where she helped her team place 9th at Nationals, was named an All-American and was top 10 in the country for attack kills, kills/set, and points earned/set! She then played for NCAA Division I University of Nevada Las Vegas where her team took 1st in the Conference and advanced to the second round of the NCAA tournament. She decided to finish up her collegiate career at Lewis-Clark State College where, in 2021, she led the Warriors in points earned/set, kills, kills/set, and service aces! We are extremely excited to have Cassidy teach our athletes how to become solid competitors!